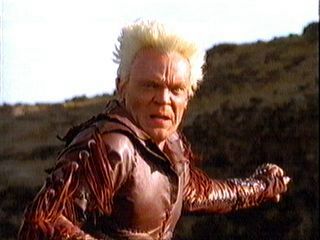 Joel only appeared on Xena twice as minor characters. He player Lucifer in You Are There and Deimos in Motherhood. He is better known for his character Strife in the series Hercules: The Legendary Journeys and Young Hercules.