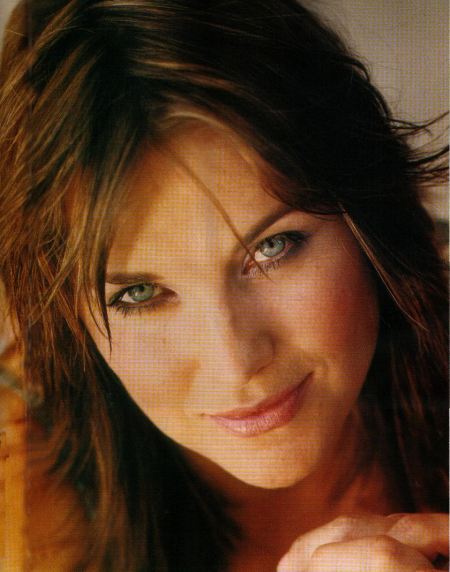 Biography
Lucy Lawless was born Lucy Frances Ryan in Auckland, New Zealand. The fifth of seven children, Lucy has five brothers and one sister. Always keen to be an actress, Lucy struggled to achieve her goals. After working as a gold miner in Australia at age 19, Lucy married long time boyfriend Garth Lawless after getting pregnant. She returned to New Zealand where she had her baby daughter Daisy and worked on the travel show, Air New Zealand and had a number of small roles on tv and film. She came to the attention of Renaissance pictures and Rob Tapert when she was cast in the first Hercules TV movie, Hercules and the Amazon Women. Lucy played Lysia, the second in command and created a strong impression in a small role.

Bit parts on the Hercules TV series followed before she got the role of Xena after six other actresses had turned it down. Lucy divorced Garth Lawless during first season of Xena, and in 1998 married Executive Producer Rob Tapert, the day before her 30th birthday in Los Angeles. In October 1999 she gave birth to their first child Julius Robert Bay Tapert. Their second son, Judah Miro Tapert,was born in New Zealand May 7, 2002.

Since finishing work on XENA, Lucy has appeared in The X Files, filmed a small cameo role for the new Spider-Man film, and appeared on stage in Auckland in the internationally acclaimed play, "The Vagina Monologues". She continued to appear on TV in guest roles before getting a regular job on the new Tarzan series in 2003. Lucy played Kathleen Clayton, aunt to Tarzan. The show was not a success and ended after just 8 episodes.

Lucy appeared in the teen Movie Eurotrip as a Dutch dominatrix! Her movie appearances continued with a small role in the moderately successful Boogeyman, which reunited her with Charles Mesure.
The TV Movie Locusts in 2005 provided Lucy with one of her best roles in ages. It was a starring role, and she basically had to carry the movie, which was preposterous, but kind of fun with its killer locusts! The follow up Vampire Bats was less successful, and notable chiefly for being filmed in New Orleans shortly before Hurricane Katrina hit in late 2005. Indeed, Lucy had to escape quickly, along with the other residents of the city.

2005 also saw a new role for Lucy on the very popular Sci Fi showBattlestar Galactica. Producer David Eick used to work on HERCULES, and Lucy was recruited to play a TV reporter in a second season episode. What was particularly nice was that it was more than just the few line guest roles Lucy has played so often in the past. This was a good meaty role - plus Lucy used her own Kiwi accent! She appeared in 16 episodes altogether.
A brief appearance in the final season of The L Word followed in 2009, as well as spots on CSI: Miami and No Ordinary Family.

Her biggest and best received recent role was as the scheming Lucretia on Spartacus: Blood and Sand, Starz blood drenched, 300 style gladiator drama. Featuring the ripest of language and nudity, sex and violence galore! Lucy showed more of herself than ever before but along with John Hannah, was superb. The prequel mini-series Spartacus: Gods of the Arena was equally popular.
Lucy has continued to appear on TV in NZ and US productions. She had a small role in Jane Campion's acclaimed miniseries 'Top of the Lake' starring Elizabeth Moss in 2013. Her role in WGN's 'Salem' as the Countess Marberg was extremly weird, but Lucy's highest profile role in the last few years was on Ash vs the Evil Dead, a follow up to Sam Raimi's highly popular series of films. Starring Bruce Campbell, Lucy had a lot of fun as Ruby, the occasionally villainous, occasionally an ally for Ash. Also popping up was Ted Raimi while Joe LoDuca provided the music. Other NZ crew also had roles in the Rob Tapert produced show including XENA directors Rick Jacobson and Mark Beesly. The show was cancelled in 2018 after three gore splattered but hilarious seasons.

In 2006, Lucy received a Member of the New Zealand Order of Merit honour for her work at the Starship Hospital in Auckland. She is a staunch campigner for Greenpeace and conservation issues.

Lucy is 5 feet 10 and a half inches tall and her hair is naturally light brown. The blue eyes are completely genuine!

Xena was first introduced in the Hercules TV series. it was the episode entitled, The Warrior Princess and Xena was out to kill Hercules by using his best friend Iolaus against him.

The character was so popular that soon it was decided to give Xena her own series. Born in Amphipolis, the daughter of Atrius and Cyrene Xena has two brothers, Toris and the now deceased Lyceus. After leading the defence of her town against the warlord Cortese, the young Xena got a taste for victory and built her own army to defend Amphipolis against its enemies. An encounter with Julius Caesar left her with broken legs and a burning desire for blood. After becoming one of the most feared warlords in Greece, an encounter with Hercules turned Xena around and put her on the road to redemption. With the help of Gabrielle, she now seeks to make up for all her past misdeeds.