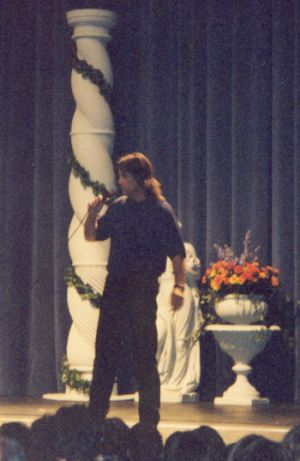 Kevin Sorbo was first cast as Hercules for the series of TV movies made in 1994-5. Sorbo had been acting for some time in adverts and TV, and had missed out on playing Superman, and had also been up for Fox Mulder in the X Files!!

Sorbo`s easy going manner and sense of humour made him a hit as Hercules. There is also his excellent physique, that apparently often gets him hassled in pubs by guys wanting to prove their masculinity!Kevin tried film acting during his Hercules break a few years back to film Kull the Conqueror, and now that 'Hercules:The Legendary Journeys' has ended, he is starring in the hit TV show Gene Roddenberry's 'Andromeda'. Kevin married actress Sam Jenkins after she had appeared on Hercules.