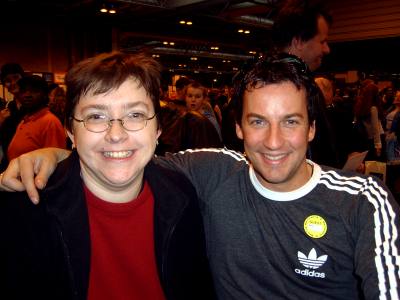 Craig Parker appeared as Sarpadon in For Him the Bell Tolls, and was King Cleades - the title character - in Key to the Kingdom. Craig returned to XENA for S6's To Helicon and Back

Craig Parker has been in 'Young Hercules' as well as Xena. He is also in the 'Lord of the Rings' movies as Haldir, just finished filming in New Zealand. He has a memorable, "To Helicon and Back"-ish death in The Two Towers!

This from the TheatreSports.co.nz web site
Craig is a very popular TheatreSports (Improv acting) performer. He's been onstage in numerous ATC productions and he's also a veteran television actor. He was the much loved Guy Warner in 'Shortland Street 'and people wept at his departure. He's much sought after to MC public and corporate events and has travelled throughout the country participating in celebrity debates. He has just finished putting in a tropical garden in his backyard complete with whistling tree frogs.