The Path Not Taken 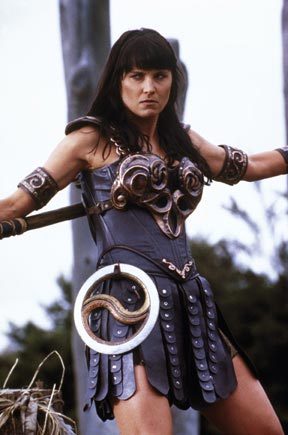 
After a young princess is kidnapped, Xena is asked to help rescue her by the girls` fiance. This involves going back and mixing with some of her old cronies from her warlord days at the walled town of Trakis. There Xena meets the head baddie Mezentius (Stephen Tozer) and runs into an old flame, Marcus. Eventually she helps him turn to "the good side". Unfortunately he is killed shortly afterwards, trying to help Xena protect the princess. We hear Lucy/Xena`s singing at Marcus` funeral, and very nice it is too.

Notes: That funeral dirge was written by Lucy Lawless herself. The words are said to be Hassidic. The tune was arranged by resident musical genius Joseph LoDuca.