Return of the Valkyrie 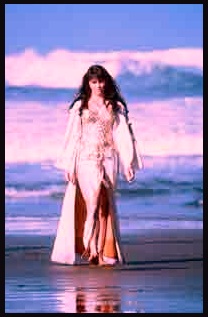 Xena battles to regain her memory and reverse the curse of the Rheingold ring. Can she put everything right? Final episode of the Norse trilogy features some significant Xena/Gabrielle stuff. Gabrielle gets her long hair back(!) in one of those "One Year Later" things...wonder if that is a permanent thing now?

Sofrina`s summary
A year after the battle for the Rheingold Ring, Beowulf is still trying to free Gabrielle from the Eternal Flame. Thinking Xena dead, he ventures to Denmark in search of help only to find the amnesiac Warrior Princess is the new queen of the realm. Unaware of her past and haunted by visions of Gabrielle, Xena joins Beowulf`s quest as Odin and the Valkyrie prepare to seize the Ring from her. Our heroes battle vengeful Valkyrie and the monster, Grinhilda, to recover Gabs, the Ring, Xena`s identity, and Grinhilda`s humanity. And the valiant Beowulf bids farewell to both the most beautiful woman and the greatest warrior he has ever known. [Fantastic action, photography. Flashback montages. Part 3 of 3]

DISCLAIMER: Any similarities between our story and the classic children`s fairy tale is greatly coincidental.