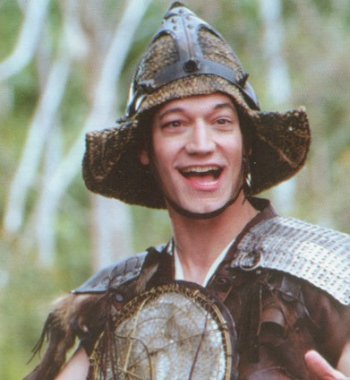 Younger brother of director Sam Raimi, Ted has appeared in many film and TV roles, usually in very small roles. Joxer is his highest profile role to date. Famous for having Bruce Campbell as his babysitter when he was young! Ted played Lt Tim O'Neill on the tv show Seaquest for several years, and he also wrote one episode.

Introduced in the episode, "Callisto", Joxer is a wannabe warrior, who is actually incredibly hopeless as a fighter. Good hearted he nevertheless always gets into trouble. Joxer is in love with Gabrielle and his crush on her is a big feature of the character. He has also had relations with Meg, one of Xena`s lookalikes.