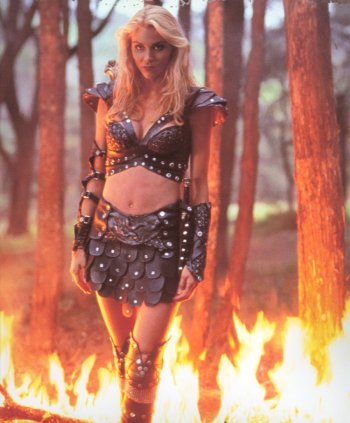 
A new blond nemesis appears for Xena, as well as a new comic character who would be around for many many years to come.

Callisto`s family was killed by the old, evil Xena and she is obsessed with making Xena suffer. Joxer is introduced as the bumbling idiot, warrior-wanna-be who even Gabrielle can beat.

A notable episode for the introduction of 2 of the most important characters after Xena and Gabrielle. Look out for a couple of great scenes: the campfire scene between Xena and Gabrielle and the ladder fight at the end. Callisto and Joxer would both reappear many times.

Disclaimer:-
Joxer`s nose was not harmed during the production of this motion picture. However, his crossbow was severely damaged.